Helicobacter pylori: The Info You Need To Make Your Own Decisions

Have you been diagnosed with Helicobacter pylori? What are your options?

How effective is the pharmaceutical treatment? Do you even need to treat it at all?

Read on to understand more and make up your own mind. 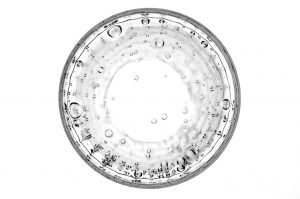 What is Helicobacter pylori?

Helicobacter pylori (also known as H. pylori) is a gram-negative bacteria that resides in the gastric mucous layer.

Gram-negative bacteria can be detrimental in large amounts – H. pylori definitely counts as one of the ones we want to stop from getting dominant in the gut.

What Treatment Will I Have?

If you have a gastric or duodenal ulcer and you are positive for H. pylori, your doctor will probably offer one of two things:

Triple therapy involves 2 different antibiotics (typically clarithromycin and amoxicillin) with a proton pump inhibitor, which is just a fancy way of describing an antacid. It depends which study you read, but this approach can be anywhere from 77% effective or less.

“Effective” refers to complete eradication of H. Pylori, not reduction of gastric ulceration.

If Triple Therapy doesn’t kill off H. pylori, the next step is:

Again, it depends which study you read, but this approach is 78.3% effective, or less.

These numbers are very good, but something to be considered is that antibiotic resistance is on the rise, so this effectiveness is going to continue to decrease from here.

That’s 5 courses of antibiotics. It’s going to be a years-long road to digestive recovery after all that!

What’s left to consider is whether all of this will actually result in your ulcers and bleeding going away.

There is definitive evidence supporting the concept of eradicating H. Pylori as part of treatment for gastric ulcer, but there is also the possibility that you might still be required to continue with antacids.

If someone in a family is positive for H. pylori, the family doctor may recommend testing for it in the whole family, and treating the whole family with the protocols above; even if they have no symptoms.

This is because repeated contact with people, animals or drinking water that has H. pylori in it will mean that the symptomatic person in the home might be re-infected after their course of antibiotics.

Unfortunately, treating everyone in the house doesn’t reduce exposure to H. pylori in the workplace, your children’s school, public transport, etc.

Don’t forget – it takes a long, long time to recover from antibiotics – does everyone in the family want to undertake this treatment if they are asymptomatic and the bacteria is not harming them?

There has to be an underlying cause.

What’s great about the natural approach is that it can be supportive to pharmaceutical interventions for H. pylori, or effective on its own in reducing gastric ulcer symptoms.

The natural approach focuses on reducing the impact of H. pylori, instead of trying to eradicate the bacteria from our guts altogether. There is even a level of colonisation that has been proven to be effective in preventing Oesophageal Reflux, so we want a little bit to stick around.

Probiotics alone have been shown to reduce H. pylori presence in the gut by a significant amount, and, more importantly, reduce symptoms of infection. This means you can get back to work sooner, and function at full force more quickly. All without having to wait at least 18 months for your gut to return to normal!

If you choose to do Triple or Quadruple therapy, probiotic protocols have also shown great promise in reducing the side effects of these antibiotics. They also seem to make the antibiotics more effective – the research shows higher eradication rates for H Pylori with probiotic therapy alongside Triple Therapy than with Triple Therapy alone.

Whether you do or don’t want to use antibiotics, we can get to the bottom of what’s causing your symptoms. With amendments to your diet and lifestyle and with herbal and probiotic interventions; I can find the right solution to fit you.